History of the Shaolin Temple 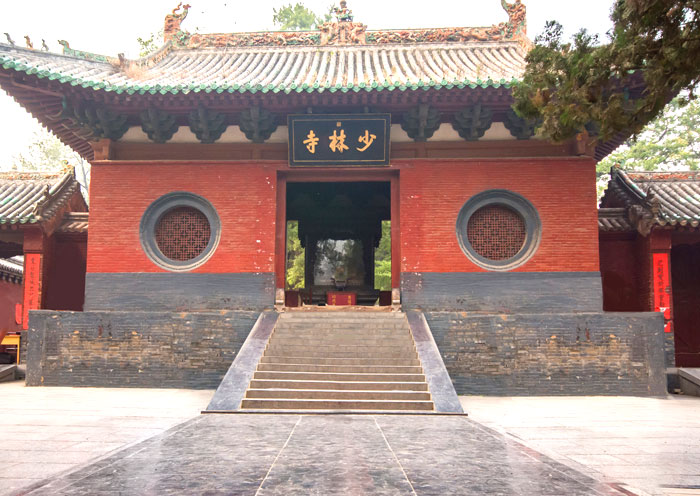 Founded in the fifth century, the monastery is long famous for its association with Chinese martial arts

The Shaolin Monastery or Shaolin Temple is a Chan Buddhist temple in Dengfeng county, Zhengzhou, Henan province, China. The temple’s name refers to the forests of Shaoshi mountain, one of the seven peaks of Song mountains. Dating back 1,500 years, Shaolin Temple is the main temple of the Shaolin school of Buddhism to this day.

The Shaolin Temple was built in 495 AD by Emperor Xiaowen of the Northern Wei Dynasty for the Indian monk Batuo. Thirty-two years later, another Indian monk Bodhidharma arrived at Shaolin Temple. He was the first monk to preach Chan doctrines here, and thus was honored as the first Patriarch of Chinese Chan. Thereafter, Shaolin Temple was recognized as the origin of Chan Buddhism. In addition, martial arts have been practiced at the temple throughout its history. A legend has it that Bodhidharma found the monks weak and unhealthy after long meditation sessions, so he developed martial arts to strengthen them. This formed the basis of Shaolin Kung Fu. The unique combination of Shaolin Kung Fu and Chan Buddhism is the essence of Shaolin culture. “

Situated at the central peak of Song Mountain, the temple was frequented by the generals and emperors of China. Until its modern renaissance, the golden age of the monastery is said to have been during the Tang Dynasty (618-907 AD). At the beginning of the seventh century, a tiny army of 13 Shaolin monks was reputed to have saved future Tang Dynasty emperor Li Shimin. When he assumed the throne, Li showered favors, land and wealth on the temple. It thrived as the center of kung fu, with masters from all around the country.

Shaolin Temple peaked in the Ming Dynasty (1368-1644) and began to decline in the Qing Dynasty (1644-1911). At its heyday, it housed more than 3,000 monks. Its long history includes destructions and reconstructions, with the most devastating one being in 1928 when warlord Shi Yousan set the temple ablaze for more than 40 days, destroying nearly all of its classics and records. Upon successive renovation, most of Shaolin Temple has been restored or is under reconstruction. Shaolin Monastery and its Pagoda Forest were inscribed as a UNESCO World Heritage Site in 2010 as part of the “Historic Monuments of Dengfeng.”